Our meeting on 21st Oct 2014 is going to be a cryptoparty. This is a snapshot of the organising wiki page, taken from cryptoparty.in/durham on 20th.

Welcome to the organising page for the Durham CryptoParty.

Book your place now ← This will not record anything about you other than what you write in the form. You can use a pseudonym.

Please book yourself a place if you intend to be there on the night in
any capacity, so we don’t overcrowd the room. If we get fully booked
we’ll think about putting on another event for anyone who we couldnt’
fit in.

There is no charge for attendance. We have been given free use of a room
on the understanding that we will be buying drinks at the bar which is
open from 7.30PM.

What is a CryptoParty?

Attend this CryptoParty to learn and teach how to use basic cryptography tools. A CryptoParty is free, public and fun. People bring their computers, mobile devices, and a willingness to learn! CryptoParty
is a decentralized, global initiative to introduce the most basic
cryptography software and the fundamental concepts of their operation to the general public, such as the Tor anonymity network, public key
encryption (PGP/GPG), and OTR (Off The Record messaging).

CryptoParties are free to attend, public, and commercially and politically non-aligned. (see the guiding principles)

Anyone who wants to learn about, or share their skills about, basic
cryptographic software. That means the kind of program that can keep
your personal information private, if you use it properly. So if you
don’t like the idea of strangers looking at your personal things, and
you use a computer, this is for you.

Who is organising this?

The event has been instigated by some members of Durham Linux User
Group, however the event is open to users of all computer systems. We’re
offering this event as a service to the community, because we think
it’s important that people should be able to protect their privacy (it
is a human right, after all) and because it’s fun 🙂

We are also reaching out to some other local groups in the hope of
involving them. If you have knowledge of a non-*nix system and are able
to help people use simple encryption tools on it, please make yourself
known (use an alias if you like) in the volunteers section below.

What should I do before I come?

This website you’re reading now has loads of useful information on it. Have a look at the documentation
and see what you make of it. If you find it easy, you can come along
and help people who didn’t find it easy. We can all learn something from
each other.

We will be holding a keysigning session at the cryptoparty. This helps
us to build a Web of Trust both amongst ourselves and with the wider
online community.

To take part you will need to:

Nobody is in charge so dive in and make it happen. You see those little
gray words that say “Edit” to the right of this? They are talking to you
kid. Also the thing at the top left that say “Edit this page” is also
talking to you, the difference is that does the whole page at once.

Go on… if you don’t do it, maybe no one will… and if you’re not sure
just edit the Q&A section and put in a question then check back
later to see if someone answered it.

This is what we’ve got:

Can you help us source these?

All of us should be inviting people and groups, however if one of those
people gets multiple invitations it would make us look like some dodgy
spam-lords. Which we aint. So record here when you invite someone. If
you’re thinking of inviting some people, check here first to see if
they’ve already been invited.

I think the main plan is to hang loose and show each other cool stuff.
However if lots of people turn up needing a basic overview of a topic,
it would be cool to have a 5-minute presentation prepared, would it not?
There are slides already on this wiki for us to use. Could folks nominate themselves here / add your offer to the list, or take one of these:

please add Q/A depending on what you have

Q Will the cakes be stored in a CryptoPantry?

A No, nor will they contain keys.

Q I have a 3D printer which can dispense solder paste. Can I use it to render my key into icing on top of a cake?

A You should definitely do that. Use a clean syringe though.

Q Who should attend?

Q What should I bring? 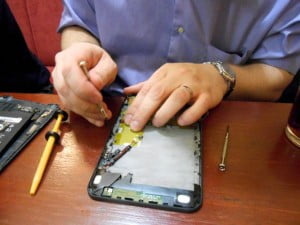 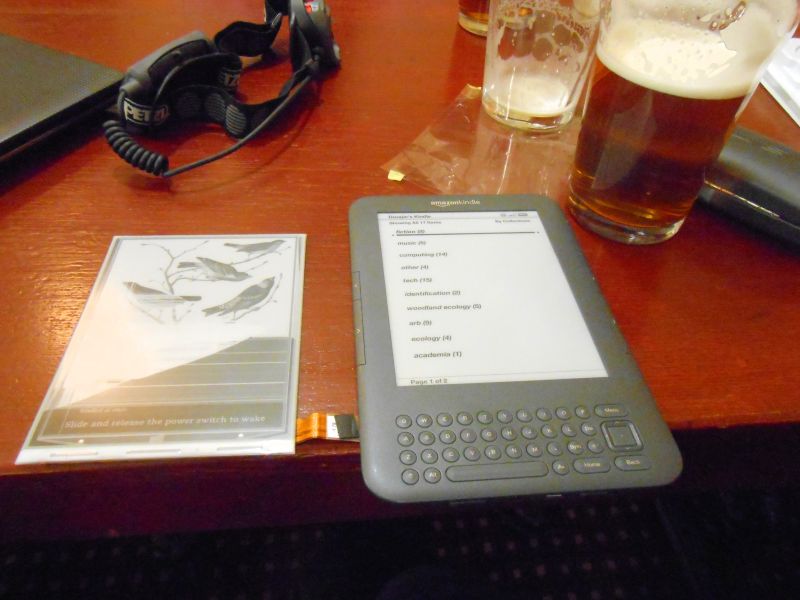 Much fun was had learning about the difference between BIOS and UEFI booting, with the help of a Fedora 17 live USB: booting a BIOS system with this gives you syslinux, but a UEFI laptop loaded GRUB with a broken set of configurations. A few internet searches told us this was a known problem, and we were able to fix the UEFI booting.

We also spent some time diagnosing CUPS and wireless driver problems, and discussing the implications of Google’s recent announcement that is supporting OAuth 2.0 authentication for several of its APIs.